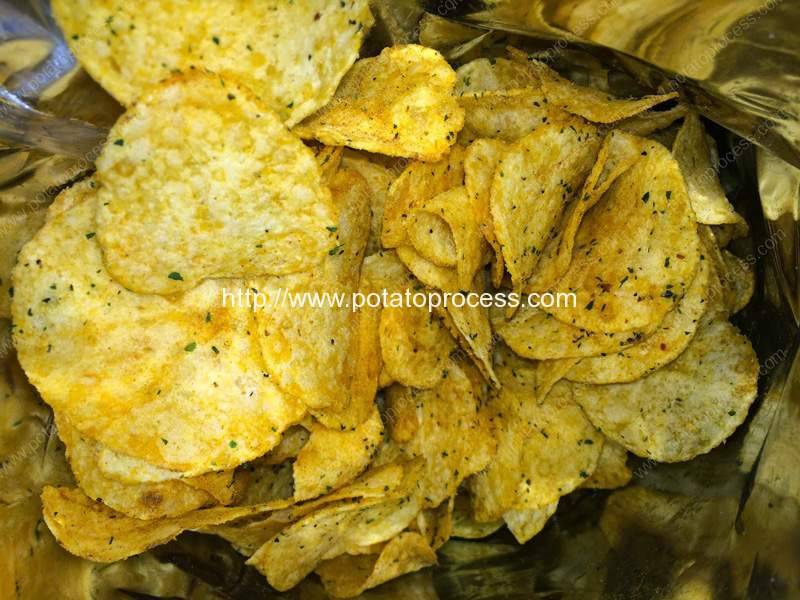 Today the global potato chip market generates total revenues over $16.4 billion. This accounts for 35.5% of the total savory snacks market of $46.1 billion.

As we all know, potato chips was accidentally invented by George Crum, but do you know Crum is actually an African American? Yes, Crum was an African American chef at the Moon Lake Lodge resort in Saratoga Springs, New York. In Africa, Simba Chips is one of the most popular food or snacks in Africa. In fact, Simba Chips and Lay’s are both wholly owned by PepsiCo. Simba is only the local producer of many of that company’s Frito-Lay brands.
Being the same as Lay’s, Simba chips are also fried potato chips not compound potato chips. As for the difference between fried potato chips and compound potato chips, you can refer to our another Newsletters Sliced Potato Chips VS Compound Potato Chips. It can be seen that Africans are interested in fried potato chips more. Apart from the normal flavor potato chips we eat, like Cheese and Grilled Chili Lay’s, Mushroom Lay’s, Crab Lay’s, Garlic Prawn Lay’s etc. they have some unique potato chip flavors that make them very different, such as Caribbean Onion and Balsamic Vinegar chip that is yummy.
Lay’s Potato Chips, thin light and crispy. One of the most popular chips in South Africa. Because they are made from specially selected potatoes and produced with the highest quality standards. For most of us, Lay’s or Simba chips are Naturally Irresistible!

Slap (as in “cup”) in Afrikaans means “soft” and African slap chips are soft with a crunchy exterior. The potato slices are first given a vinegar bath which gives the chips/fries that unique flavor and are then fried twice to get the “crunchy on the outside, soft on the inside” effect.

The above making method is only suitable for homemade use. Actually, a Complete Commercial Potato Chips Processing Plant includes the following eight procedures:

Anyway, with the advantages of large area of potato planting and large number of population in Africa, potato chips is certainly welcomed by people, so potato chips enjoy a bright future in African Consuming Market. Besides, potato chips processing plant is absolutely an useful tool to reduce African pressure of importing potato chips.